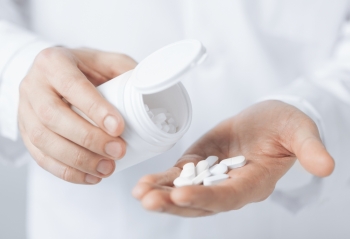 JEFFERSON CITY, MO – While the 2017 numbers of opioid related deaths increased from the 2016 numbers, the rate of increase in opioid deaths was markedly reduced compared to the previous year. From 2015 to 2016 there was a 35 percent increase in opioid- or heroin-related deaths in the state, but the 2016 to 2017 numbers increased by only 4.7 percent.

Missouri is suffering through an opioid abuse crisis which impacts many families. The State of Missouri along with many partners continues to take significant steps in fighting this epidemic.

"We must continue our efforts to find innovative solutions to combat and curb opioid abuse," said Governor Mike Parson. "We remain committed to fighting this drug epidemic and will work to help all families and individuals throughout Missouri to end this epidemic."

"The opioid crisis is the number one public health issue Missouri is facing," said Missouri Department of Health and Senior Services (DHSS) director Randall Williams, MD. "We are incredibly thankful to all who have helped us meet the challenge that exists both nationally and in Missouri. The declining rate of opioid deaths shows improvement statewide; however, we recognize that one loss is too many and we are committed to working as hard as we can to decrease the number of deaths."

"The Department of Social Services is committed to making a positive difference and saving lives as our neighbors, friends, family and colleagues struggle with opioids," said Steve Corsi, Psy.D., Missouri Department of Social Services (DSS) director. "There is no group of people who are immune to opioid addiction and we are engaged with physicians and physician groups to work to refine an early detection and prevention system for opioids while reducing administrative burdens on physicians so they can remain focused on patient care. We've made great strides in shifting the trajectory of opioid deaths in Missouri over the past year and we want to see that progress accelerate."

One of the most significant efforts DHSS has undertaken is trying to decrease the potential for people to become addicted to opioids. Prescriber data is now being proactively reviewed once received from a pharmacy benefit manager, which is provided to DHSS voluntarily. While no patient information is received, it allows the department to analyze data to identify activity indicating that controlled substances, including opioids, are being inappropriately prescribed, dispensed or obtained, and for DHSS to take appropriate action. DHSS has stepped up investigations of improper prescription behavior through its Bureau of Narcotics and Dangerous Drugs (BNDD).

DHSS is also working with Missouri's Medicaid Program, MO HealthNet, to improve interactions with providers and to ensure MO HealthNet patients are receiving care according to best practice guidelines for opioid prescribing. These quality indicators are used for provider education and also to engage physicians.

The Missouri Department of Mental Health (DMH), in collaboration with researchers at the University of Missouri, St. Louis – Missouri Institute of Mental Health (MIMH), received a grant to expand access to integrated prevention, treatment and recovery support services for individuals with opioid use disorder (OUD) throughout the state. This grant, known as the Missouri Opioid State Targeted Response (STR) is implementing a "medication first" treatment model, designed to increase access to evidence-based medications for OUD.

"Early results from the STR grant efforts indicate a successful implementation of the medication first model. At agencies throughout the state, individuals were more likely to receive medication for OUD and receive the medication sooner, needed fewer psychosocial services and remained in treatment longer," said Mark Stringer, DMH director.

In addition, the grant has supplied over 5,000 naloxone kits to at-risk individuals and their loved ones, and clinicians who work with at-risk populations.

Other efforts to reduce opioid related deaths include:

·         The passing of Senate Bill 826 that limits initial new prescriptions of opioids to a seven day supply. This bill allows BNDD to implement rules so drug disposal boxes may be placed in pharmacies for citizens to use. The current drug take-back events held every six months in Missouri are averaging almost 40,000 pounds per event over the past two years.

·         Establishing the St. Louis Emergency Operations Center. The Missouri Departments of Health and Senior Services, Social Services, Corrections, Public Safety, Economic Development and Mental Health in partnership with the City of St. Louis Departments of Health, Human Services, Fire, EMS, Police and the DEA have launched St. Louis Emergency Operations Center, a command center aimed at reducing opioid overdose death and homicides. The command center operations will take place from the City of St. Louis Department of Health. The command center response team will utilize predictive analytics and public health intelligence to guide interventions. The response team will perform secondary assessments to determine the need for substance abuse treatment and/or additional wrap around support or services, once individuals have been duly stabilized by City of St. Louis emergency first responders.

·         Creating the Missouri Overdose Rescue and Education (MORE) project through a federal grant awarded to the Bureau of Emergency Medical Services to provide naloxone to first responders and train them on administering the nasal spray to reverse an apparent opioid overdose. Additional information on the MORE project can be found at: https://health.mo.gov/safety/ems/more/.

Additional information regarding the opioid epidemic in Missouri can be found on the DHSS website, https://health.mo.gov/data/opioids/. For more information on the state's initiatives, available resources and statistics related to the crisis, please visit https://opioids.mo.gov/.

About the Missouri Department of Health and Senior Services: The department seeks to be the leader in protecting health and keeping people safe. More information about DHSS can be found at health.mo.gov or find us on Facebook (@HealthyLivingMo) and Twitter (@HealthyLivingMo).

About the Missouri Department of Mental Health: The department is nationally recognized in treatment and services for individuals with mental illness, substance use disorders and developmental disabilities. More information about DMH can be found at dmh.mo.gov. You can also find us on Facebook (@MentalHealthMo) or Twitter (@MentalHealthMo).

About the Missouri Department of Social Services:  We will lead the nation in building the capacity of individuals, families, and communities to secure and sustain healthy, safe, and productive lives. More information about DSS can be found at dss.mo.gov. You can also find us on Facebook (@MOSocialServices) or Twitter (@DSS_Missouri).